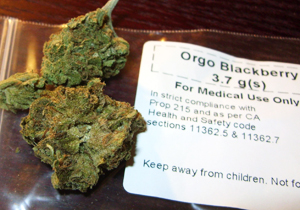 The initiatives became major news in Mexico, which views their bloody struggle with Mexican cartels as intrinsically linked to the U.S. demand for drugs.  Mexico’s Institute for Competivenessor (IMCO) released a report arguing that if all three initiatives passed, they would significantly undercut the Mexican cartel marijuana market in the U.S. and reduce cartel profits by approximately 30 percent The report’s authors further argued that the passage of the initiatives would be most damaging to the Sinaloa cartel, which has a long-established reputation for focusing on drug trafficking over other activities like kidnapping and extortion.  Mexican president-elect Enrique Pena Nieto’s top adviser, Luis Videgaray, argued that the passage of these initiatives changes the “rules of the game” in relation to the United States on drug enforcement.via Potential impact on Mexico of U.S. marijuana initiatives | Baker Institute Blog | a Chron.com blog.