» Overview: Mexican Migration Beyond the Downturn and Deportations

Multiple indicators suggest that Mexican migration to the United States has stabilized at reduced levels after absorbing the effects of the Great Recession and toughened U.S. immigration enforcement efforts.The most recent data available show that northbound flows are holding steady with signs of increasing unauthorized migration, while southbound flows are decreasing. The result is that the size of the Mexican-born population in the United States has fully recovered from losses experienced during the recession. Meanwhile, unemployment among those migrants has decreased and labor force participation rates have held steady—a post-recession economic performance slightly better than for U.S. native-born workers. Another sign of recovery comes from an increased flow of remittances to Mexico.These are the major findings of a new collaborative project between the Tomás Rivera Policy Institute in Los Angeles and El Colegio de la Frontera Norte in Tijuana. The Mexican Migration Monitor, a joint publication that makes its debut with this report, presents key trends in the ongoing and evolving movement of people between Mexico and the United States. As described below, the methodology involves developing a composite picture using multiple sources of publicly available information in combination with previously unpublished data from the Border Survey of Mexican Migration.via » Overview: Mexican Migration Beyond the Downturn and Deportations.

Undocumented migrants back in Mexico hope to some day return to US | World news | guardian.co.uk 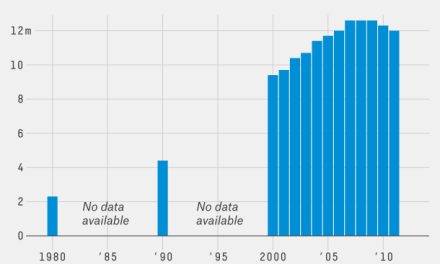 Immigration Is Changing Much More Than the Immigration Debate | FiveThirtyEight

The Latino Vote Was Crucial In Obama Re-Election | Fronteras Desk