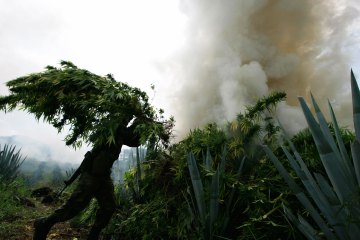 President Obama has yet to deliver a clear response to the November decision by Colorado and Washington to legalize recreational marijuana use — asked whether the government would enforce Federal laws that override the verdict of those states’ referenda, he answered simply that he has “bigger fish to fry”. But leaders from across Latin America responded within days of the Colorado and Washington vote, demanding a review of drug-war policies that have mired the region in violence. Latin American decision-makers are now openly questioning why they should continue to sacrifice police andsoldiers to enforce drug laws when legal markets for marijuana now exist in the United States.via U.S. Marijuana Laws Ricochet Through Latin America | TIME.com.

How the Latin American Drug War Will End