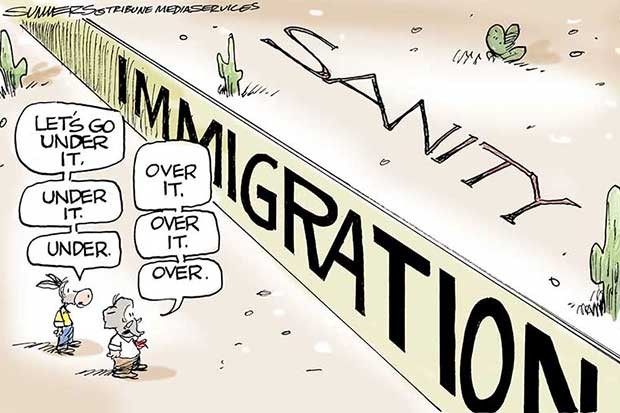 The Senate is scheduled to hold its first vote on landmark bipartisan immigration legislation at 2:15 this afternoon, but it’s not out of the woods yet. The vote is to invoke cloture, which it is expected to get. Post-cloture, it will be open season on the bill through the amendment process and accompanying votes.Republicans are reportedly dissatisfied with the bill in four main areas: border security, immigrant access to benefits, criminal histories of potential citizens and refugee and asylum status in the wake of the Boston Marathon bombing tragedy. Senators considering amendments to the bill would do well to consult the policy proposals offered in former Gov. Jeb Bush and Clint Bolick’s “Immigration Wars” to address some of these issues.According to Bush and Bolick, true border security requires an effective system to monitor those who enter the United States legally, in addition to a foolproof way of detecting illegal crossings. The Pew Hispanic Center has found that nearly half of illegal immigrants initially crossed the border legally and subsequently overstayed their visas. An amendment to be offered by Texas Republican Sen. John Cornyn includes a biometric entry/exit system to prevent visa overstays – but it also reportedly makes the opportunity to seek citizenship for the undocumented contingent upon a 90 percent apprehension rate. A rate that high seems unlikely to gain majority support.via Bush and Bolick’s ‘Immigration Wars’ Points the Way on Reform – Anneke E. Green (usnews.com).

Searching for the American Dream in Mexico – CNN.com 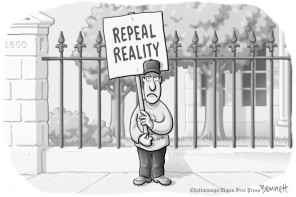 Michael Gerson: A Christian split on immigration – The Washington Post