The White House said Tuesday that it opposes House legislation to implement a 2012 administration pact with Mexico on Gulf of Mexico drilling cooperation, citing “unnecessary, extraneous provisions that seriously detract from the bill.”

The formal statement of administration policy backs the “goal” of the bill that’s coming to the House floor Wednesday to implement the U.S.-Mexico Transboundary Hydrocarbons Agreement.But it cites provisions in the GOP-crafted bill that exempts oil companies operating under the pact from controversial federal rules that force energy producers to disclose their payments to foreign governments.“As a practical matter, this provision would waive the requirement for the disclosure of any payments made by resource extraction companies to the United States or foreign governments in accordance with a transboundary hydrocarbon agreement. The provision directly and negatively impacts U.S. efforts to increase transparency and accountability, particularly in the oil, gas, and minerals sectors,” the White House Office of Management and Budget said.The White House statement, however, stops short of a veto threat despite saying it “cannot support” the measure. It says the administration looks forward to working with Congress on an implementing bill.via White House ‘cannot support’ House US-Mexico drilling bill – The Hill’s E2-Wire. 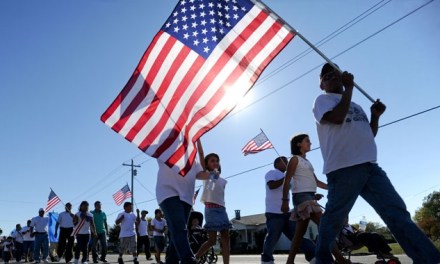