The U.S. Department of Commerce said late on Monday that Mexican and U.S. officials and Mexican sugar exporters initialed a draft agreement that would suspend both anti-subsidy and anti-dumping duties on the goods, if adopted in full.The deal defuses a dispute that threatened to escalate into a tit-for-tat trade war after Mexico threatened to take U.S. support for its sugar industry to the World Trade Organization and could have led to retaliatory duties on U.S. fructose.U.S. sugar producers claim cheap, subsidized sugar is flooding the heavily protected U.S. market and costing them nearly $1 billion in net income in 2013-14.The U.S. Department of Commerce had already recommended anti-subsidy duties on Mexican sugar of up to 17.01 percent and gave the green light to additional anti-dumping duties in a preliminary decision taken on Friday.via U.S., Mexico reach deal to avert sugar import duties | Reuters. 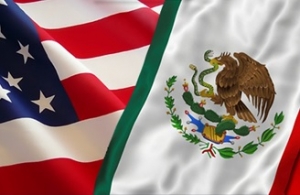