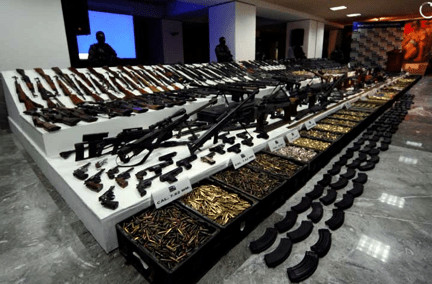 A former policeman in deep South Texas faces up to 10 years in federal prison after pleading guilty to helping smuggle a cache of AR-15s and other semiautomatic weapons to Mexico, authorities announced Thursday.

The admission by Armando Duenez, 31, comes after a saga that began in 2008, when, as a Rio Hondo policeman, he jumped bail and fled across the Rio Grande.He tried to run from charges that he used his position – assisted by another policeman who has since been sent to prison – to buy highly sought-after guns that were sent to Mexico.Civilians are forbidden from owning such weapons in Mexico, but they are in high demand by warring drug cartels.After more than four years on the run, Duenez surrendered in December to U.S. border guards in Brownsville.He reportedly told them he missed his family in the United States.via Ex-officer admits smuggling guns to Mexico – Houston Chronicle. 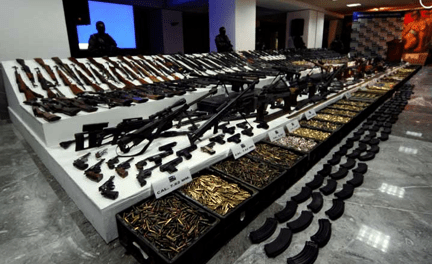