Future immigration from Mexico to the U.S. is unlikely to return to the high levels seen in the 1990s, according to a study released on Thursday by the Migration Policy Institute.

Immigration from Mexico dried up during the years following the financial crisis in 2007. But even before the U.S. economy collapsed, the number of Mexicans heading north had already fallen considerably, a change partially due to the increased immigration enforcement that followed the terrorist attacks of 9/11, the report says.By forecasting the need for Mexican labor in the U.S., the study projected that from 2011 to 2017, the net inflow of Mexican immigrants coming to the states — both legally and illegally — would resemble the levels seen in the 2000s. By net inflow, the researchers mean the number of immigrants coming into the country after subtracting the number leaving the country.via Report: Immigration From Mexico Won’t Go Back to Peak Levels of 1990s – ABC News. 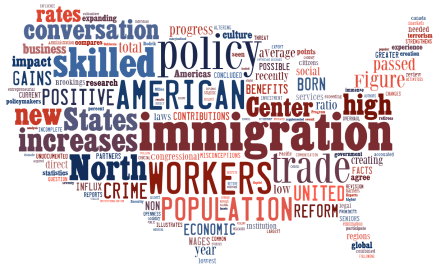