Extensive media coverage of unaccompanied Central American children pouring across Mexico’s border into the United States has, unsurprisingly, been followed by political attention to the problem. Politicians like Texas Gov. Rick Perry R have reduced the focus to a single strip of land in south Texas and threatened to deploy the National Guard at a cost of $12 million a month to taxpayers; communities from California to Massachusetts have responded with flag-waving protests to emotional pleas for assistance; Central American diplomats have traveled to Washington to ask for help. America is again witnessing a drama involving familiar players and themes: the media, politicians, threats, emotion, diplomacy and no real solutions.

via The media cycle, political theater and the border crisis myth | TheHill.

Solving Immigration: It Need Not Be So Difficult | RealClearPolitics 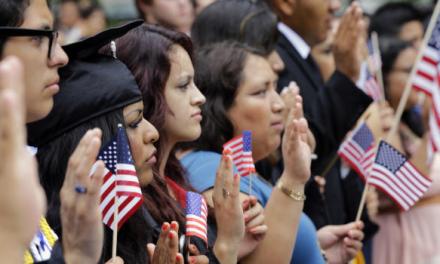 With or without Congress, immigration reform moves along – CBS News