Energy reform in Mexico and increased oil and natural gas production in Canada and the U.S. are paving the way for deeper integration and cooperation across North America, according to a new report.

If these developments are combined with stronger economic, security and community ties — especially promoting the free movement of business professionals across the region — North America could position itself as the world’s most dynamic region. Texas, which accounts for much of the $500 billion in annual U.S.-Mexico trade, is front and center.“The road to North America’s global dynamism runs through Texas — whether through trade and economic competitiveness, new energy production and integration, or mutual defense against common threats,” said Shannon K. O’Neil, who directed the report for the Council on Foreign Relations. “The recognition by many in Texas of the importance of thinking regionally is one that can and should be echoed in Washington, Mexico City and Ottawa.”The task force was chaired by retired U.S. Gen. David Petraeus and former World Bank president Robert Zoellick. Its 137-page report, known as the Independent Task Report No. 71, will be released Wednesday at the Council on Foreign Relations in New York City.via Energy issues seen as unifying force in North America | Dallas Morning News. 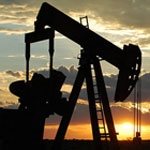