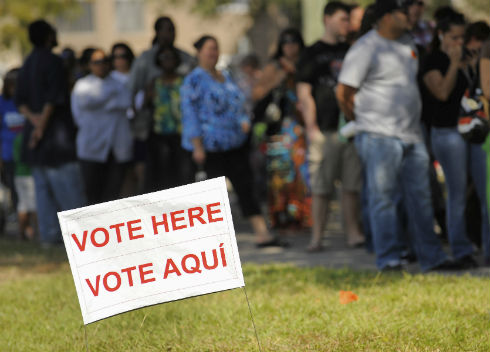 As Americans vote today, a record 23 million Latinos can head to the polls. Here is a roundup of the candidates’ stated views on immigration, regional security, and trade with Latin America—issues that are often of direct interest for this growing voter bloc, but also will more generally affect all Americans over the next four years.Mitt Romney and Barack Obama diverge most on immigration. For the 11 million undocumented immigrants in the country, Romney has indicated that he would not accept a reform that included provisions offering illegal immigrants “amnesty.” And he has also advocated for self-deportation i.e., making conditions hard enough that people will leave.via Election Day Roundup | LatIntelligence.