The US Shale Experience: A Script for Mexico?

The ongoing energy reform in Mexico has been touted as opening the possibilities for a massive production increase from shale formations in the Burgos and Sabinas basins, largely because the assessments of technically recoverable resources reported by the US Energy Information Administration are so substantial. But, we should be careful not to put the proverbial “cart in front of the horse.” Specifically, as the US success story shows, although the geology (the cart in this case) might be very promising, there are a number of above ground issues (the horse) that must be aligned for large-scale successes to be realized. Thus, it only seems fitting to begin looking for lessons for Mexico by posing an oft asked question, “What made the US energy renaissance possible?”

First, to state the obvious, geology matters. The geologic scale of the technically recoverable oil and gas resources locked up in shale in Mexico and other regions is assessed to be very large. But, while necessary, the right geology is unfortunately not sufficient for successful upstream development. In fact, despite large assessments of shale oil and gas resources, in many locations outside the US production from shale formations is small to virtually nonexistent. This stark reality follows because a very unique set of market institutions and regulatory frameworks across the energy value chain that convey sufficiency for upstream development is missing in regions outside the US. As laid out in a recent publication on the prospects for North American energy security, these include:A set of regulatory and legal institutions that allow upstream firms to negotiate directly with landowners for access to mineral rights on privately-owned lands.A market in which liquid pricing locations, or hubs, are easily accessed through liberalized transportation services that stipulate pipeline capacity rights are unbundled from pipeline ownership.A well-developed pipeline network that can accommodate new production volumes.A market in which pipeline infrastructure is relatively seamless due to a well-established governing body, and a comparatively straightforward regulatory approval process.A market in which demand pull is sufficient to provide the opportunity for new supplies to compete for market share in the energy complex.A market where a well-developed service sector already exists that can facilitate fast-paced drilling activity and provide rapid response to demands in the field.A service sector that strives to lower costs and advance technologies in order to gain competitive advantage.A sizeable rig fleet that is capable of responding to upstream demands without constraint.A deep set of upstream actors, such as independent producers in the US, that can behave as “entrepreneurs” in the upstream thereby facilitating a flow of capital into the field toward smaller scale ventures than those usually engaged by vertically integrated majors.If any of the above features is absent, a potential barrier to market entry and upstream development is presented, usually in the form of higher costs. Moreover, some of the above listed conditions are co-dependent on others. For example, a well-developed service sector relies on a large set of upstream players to create significant demands for its products and services. Conversely, the population of upstream actors may never expand to the thousands of independent producers active in the US absent a well-developed service sector. In short, the interdependence of the conditions listed above speaks to the notion that well-designed market institutions and regulatory frameworks can be self-reinforcing, while those designed poorly may result in an inability to achieve desired goals.via The US Shale Experience: A Script for Mexico?. 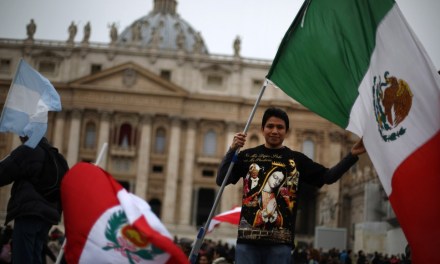